Improve Your Curb Appeal with These Affordable Tips

Posted in Selling by Meaghan McGlynn

You’ll never have a second chance at a first impression, so let’s make it count! When it comes to upping your home’s curb appeal, there are plenty of small changes you can make that have a big impact. And best of all, you don’t need to call in the pros or spend a fortune to get beautiful results. Below are some helpful and affordable tips.

Mowing: The first step to a well-manicured lawn is to mow it regularly. The experts recommending mowing high because mowing it too short can damage the grass and allow weeds to set root.

Weeds: To prevent weeds like crabgrass use a pre-emergent herbicide in early spring. These herbicides manage the weeds by stopping the seeds from sprouting in your lawn. Broadleaf weeds like dandelions can be stopped by applying granular weed control products.

Feeding: Lawns consume mostly nitrogen, so look for mixes of fast and slow release fertilizers; they will feed your lawn over time while keeping it lush and green.

Watering: Nighttime watering can result in long spans of moisture on the blades, potentially exposing your grass to disease. Consider watering your lawn in the morning – the sun helps dry out the blades throughout the day.

Dress up the Front Door and Porch

Paint: A fresh coat of paint in a pop color can give your home a well-deserved facelift. Get some color inspiration from House Beautiful.

Replace Old Hardware: Clean off any dirty spots around the door knob, and use a metal polish on the fixtures. Change out house numbers for an updated feel, put up a wall-mounted mailbox, or add an overhead light fixture. Keep in mind that well thought through elements, instead of mix-and-match pieces, will add the most curb appeal.

Create Perfect Symmetry: Symmetry is one of the simplest design techniques to master and is the most pleasing to the eye. Maintain symmetry by flanking your front door with two sidelights (just make sure that your hardware matches); find two urn planters or a unique visual detail to put on either side of your door.

My lovely buyers just closed on this condo in downtown San Diego. The rooftop deck looks directly onto Petco Park and you can see forever. It is a very modern and unique building called the ICON in San Diego.

BIG dogs are allowed, which is unusual in some of these complexes, it is very dog friendly.

Call me or email me, if you are thinking of buying anywhere in San Diego. Here is the latest Gardner Report on the Southern California real estate market. You can see that San Diego has the hottest market. Call me if you need to buy or sell.

The following analysis of the Southern California real estate market is provided by Windermere Real Estate Chief Economist Matthew Gardner. We hope that this information may assist you with making better-informed real estate decisions. For further information about the housing market in your area, please don’t hesitate to contact me.

The counties covered by this report—Los Angeles, San Diego, San Bernardino, Orange, and Riverside—added 164,100 new jobs between February 2017 and February 2018. As a result, the unemployment rate dropped from 4.8% to 4.1%. Employment growth in Southern California continued to pick up a bit as 2018 started, and I anticipate this will continue as we move through the year.

The Southern California economy continues to expand, which magnifies demand for all housing types. Mortgage rates—although rising—are still very favorable when compared to historic averages, and low inventory continues to drive prices higher. The number of homes for sale in the region is still well below the levels needed for a balanced market. Given all of these factors, I have moved the needle a little more in favor of sellers.

Mr. Gardner is the Chief Economist for Windermere Real Estate, specializing in residential market analysis, commercial/industrial market analysis, financial analysis, and land use and regional economics. He is the former Principal of Gardner Economics, and has more than 30 years of professional experience both in the U.S. and U.K.

Not good news for us here in San Diego: From the San Diego Union Tribune April 21st, 2018

San Diego has been exceptionally dry this year. Storm after storm has avoided or barely brushed the region.

Will this go down as the driest year in city history?

It’s a real possibility, although a bit of a longshot. The city has been this dry so late in the season only one other time since 1850, when rainfall records began in town.

The odds of breaking the dryness record are long, because there are still more than five months left in the season. But stranger things have happened.

Given the current rain-robbing, storm-deflecting weather pattern that stretches back 10 months and the city’s rainfall history, this could be the year when the longshot comes in.

To break the dryness record, the city would have to get no more than 0.13 of an inch of rain between now and the end of September.

Could it happen? There’s precedent. Seven times the rainfall total during that stretch was that low or even lower.

Three times the city has gone at least 164 days, starting in April and continuing the entire summer, without any rain at all. The city’s longest dry spell, 182 days, began on April 17, 2004, and it didn’t end until Oct. 16 that year.

The Climate Prediction Center, which makes long-range forecasts, sees no tilt toward either dry nor wet for Southern California as the summer approaches. But San Diego’s averages during the summer months are virtually zero, said Mike Halpert, the center’s deputy director.

Under El Niño conditions, when the waters in the equatorial Pacific turn abnormally warm, the chances of San Diego getting summer rain from the remnants of a tropical storm off the west coast of Mexico increase. But the prediction center doesn’t expect El Niño to emerge over the summer, Halpert said.

For the shorter term, through the next 10 days or so, no storms are on the horizon.

San Diego is on the cusp of its annual, long dry stretch, which often starts in late spring and lasts until early fall. April is the transition month. Storms from the north usually still arrive, but they are generally less frequent and weaker.

Until last Thursday, San Diego had recorded no rain at all in April. Thursday’s total was just 0.01 of an inch.

The dry pattern emerged last year. San Diego had its driest June-through-December period on record. January and early March brought some rain, but both were drier than normal.

In late March, it went back to extremely dry, at least locally.

San Diego was initially forecast to be on the southern fringe of strong storm systems hitting California, but eventually the city missed out on even the fringe. A couple of “atmospheric rivers,” long plumes of moisture a couple of hundred miles wide and more than a thousand miles long, drenched areas to the north but left San Diego alone.

“We had been hyping it (the last atmospheric river) days in advance, and it ended up being a non-event.”

What caused those plumes of moisture to stay far from San Diego is the question.

In the normal weather pattern, a ridge of high pressure in the eastern Pacific, roughly west of the southern tip of Baja California, waxes and wanes as storms drop down from the north Pacific and move east across the continent.

This year, it appears that subtropical high amplified, Moede said, and that could have helped repel the storms from Southern California.

The last two weeks, a series of storms, weaker than the ones that soaked California in March, continued to deliver more rain and mountain snow in Northern California. Again, San Diego remained on the outside looking in.

Making it through April with very little rain is key to breaking the record. After April, which averages 0.78 of an inch in San Diego, the monthly rainfall averages drop way off. And those small averages are inflated by the rare, wet month.

About a third of the years, May has recorded 0.04 of an inch or less. In June, about three-fourths of years had 0.04 or less. Most of the city’s Julys, Augusts and Septembers have recorded no rain at all.

September can catch early winter storms, but only one September in the last 13 years recorded more than a tenth of inch of rain.

The Climate Prediction Center’s Halpert said it’s not too hard to break daily records for temperature or rainfall, but topping a record for an entire year is difficult. Even with the current dry trends and past long dry stretches, the odds are long that San Diego’s will break the dryness record this year.

And writing about it will likely jinx it.

“This story is the kiss of death,” Halpert said. “The record probably won’t happen now.”

SOLD IN FEBRUARY 2018 – representing my buyers

A few weeks ago I closed escrow on this home for my very lovely first-time homebuyers. This home is gorgeous and I know they will be happy there. 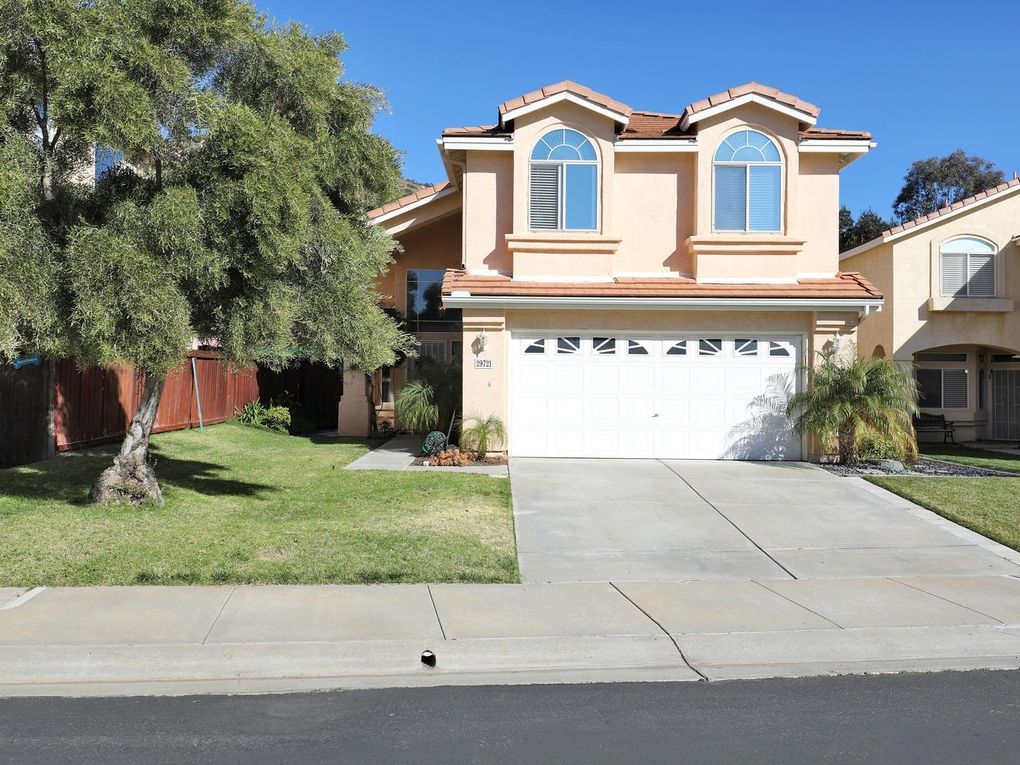 The crime rate in San Diego has reached  the lowest in 49 years so read the full article to see what has been successful because for one of the biggest cities in the US, this is quite amazing and what a great and beautiful city I live in therefore….

San Diego is a perfect place to live so call or email me if you would like to buy a house in San Diego. I am on call at all hours and give the best service. It helps that I really love living here…..

Read the article here for all the details from the San Diego Union Tribune Article from today 02/06/2018.

I have already closed 2 deals in January of 2018 with 2 wonderful clients.

820 Mahogany, San Marcos 92078  – This is within walking distance to Cal State San Marcos.

OPEN HOUSE SATURDAY 10/6/2017 between 11AM and 2PM.     GORGEOUS VIEWS of Miramar Lake. Welcome to the gated community of Promontory@Scripps Lake. This lovely well maintained unit is a single level and an upper unit w no stairs. 2 Bedrooms w a large master bedroom which has sweeping views of the lake. Both full bathrooms are spacious w a walk in closet. Large Balcony. Detached 2 car garage with lots of space & storage. Complex is very quiet and well maintained with community pool and walking trails down to the lake. check the photos.  PRICE  =   $670,000

I just sold this beautiful listing in 4S Ranch in San Diego. I received an offer under 24 hours and for full price. Let me do the same for you. Give me a call and let’s see what I can do. I offer staging assistance and gorgeous photography/video/drone footage of my listings. SOLD FOR $1,386,000.

Thank you for your inquiry.